Xenoblade Chronicles 3 for the Switch

Whenever a new Xenoblade Chronicles game is announced, there is a mad rush for fans online to absorb as much information about the game as possible. This devoted fan base that the franchise has built over the past decade continues to grow with every fantastic game that Monolith Soft releases. Luckily for fans, it looks like they have another hit on their hands with Xenoblade Chronicles 3.

The existence of each colony is inseparable from its flaming clocks. These massive clocks are displayed on each colony’s giant mech known as the Ferronis. In addition, the flame clock can be seen in one eye of each colony member. Failure to keep a flaming clock over empty spells spells certain death for a colony, which in turn is the catalyst for the never-ending wars Noah and his friends are trying to end.

Using Noah’s blade, Lucky Seven, he is able to destroy the flaming clocks of the colonies he and his friends come across. This effectively frees everyone in the colony from having to kill to stay alive.

However, it’s not all fun and games once this band of unlikely friends gets started. Quickly dubbed Ouroboros by those in power, Noah and the gang become Agnus and Keves’ number one target as the Queen and her consuls need the Flame Clocks’ energy to survive. They use this endless cycle of death to keep hold of the colonies.

It’s a relatively dark story compared to previous Xenoblade games, although there are certainly bright spots of hope here and there when you finally liberate a colony. Still, the small colonies seem to be struggling to make ends meet on meager rations, and some don’t even have a proper kitchen.

If that isn’t grim enough, there is a game mechanic where Noah and Mio play a song to drive away the spirits of the soldier shells (corpses) that you find throughout the world of Aionios. This is a nice touch and increases colony affinity. Still, it’s a grim reminder of the conflict that plagues even the most beautiful corners of their world.

Overall, the writing can be a little silly at times, like most Xenoblade games, but there’s no doubt a more serious tone throughout. Even the franchise’s adorable little mascots, who often portray comic relief (nopons), get some of the more poignant lines of wisdom and introspection. However, they are still relatively difficult to take seriously with their bizarre syntax, in which they often speak in the third person, omitting being verbs and using -pon arbitrarily as a suffix.

The rest of the English voice acting is actually quite good. There was never a reason to want to switch to Japanese. However, like previous Xenoblade titles, there are those lines that you keep hearing that will no doubt become memes.

For example, Lanz keeps calling rare items you pick up rare doodads. It’s kind of goofy and entertaining the first few times, but it quickly becomes obnoxious when you listen to it the next hundred times over the next 60+ hours. That’s far from the only annoyingly repetitive line in Xenoblade Chronicles 3. Still, the overall quality of the voice acting is a net plus point for the game.

Another carryover from previous Xenoblade Chronicles games is the title, which feels like it’s being held back by the hardware. The character, environment, and enemy designs in Xenoblade Chronicles are all spectacular. Despite the not-so-nice-looking tricks like drastically reducing the enemy’s framerate from a distance and the noticeably short draw distance, it at least helps keep the game at a manageable resolution (1280×720) and hovering around the 30 FPS mark .

Unfortunately, this game still suffers in handheld mode, albeit less than the vaseline-smeared Xenoblade Chronicles 2. Now don’t get me wrong, Xenoblade Chronicles 3 is the best-looking and smoothest-running game in the franchise. It does feel a little cramped on such a small screen, however. It’s important to note that this is based on my experience playing on a standard Switch screen. It’s certainly possible that the extra real estate of the OLED model could ease that feeling.

Despite the visual flaws here and there in Xenoblade Chronicles games, the gameplay is always fantastic. The biggest improvement this time around is the attack suppression system introduced in the previous title. Basically, your special attacks (arts) can be used to cancel auto attacks or other arts.

Also, some arts gain a significant damage boost when used to cancel another attack. In addition, players can even cancel the extremely powerful Ouroboros arts that can be used in Ouroboros form.

These Ouroboros forms are activated via the link mechanic, which allows you to fuse two party members together. This is the biggest new system in the game’s combat system, capable of turning the tide in battles against legendary enemies and bosses. These new forms look like slick purple and pink mechs – think Evangelion – that can dish out absolutely ridiculous amounts of damage, sometimes exceeding a million damage in a single chain attack.

With this immense power comes considerable limitations. Impossible to link in quick succession as there is a significant cooldown. This helps balance a potentially overpowered option in combat. Also, the best way to get the most out of an interlink is to wait anyway.

Over time and as arts are used in combat, the Interlink level will slowly increase from zero to three. This gives the player an incentive not just to spam art, but to reconsider their plan of attack and abort one move into the other for maximum efficiency. Activating at level three is always the best option as it deals the most damage and many attacks can inflict conditions like Break or Daze when Interlink is used at level three.

Despite interlinking being such a successful new mechanic that freshens up combat, there’s a decent amount of adjustments that have gone out the window. There are almost no adjustments when it comes to equippable items. There are gems and accessories. That’s it. That’s not to say these items don’t have any impact on gameplay, but they’re significantly less important than in previous games.

Even worse is the fact that the weapon you have at the start of the game is the same one you will have at the end. There are no weapons to buy, meaning there are no different weapon designs to see. Noah has the typical red blade with blue aura of all protagonists in Xenoblade Chronicles games. It’s a fantastic design, but it would still be nice to have other options.

Fortunately, there are still many clothing options in the game tied to the brand new class system in Xenoblade Chronicles 3. To unlock more clothes you need to level up the different classes in battle.

In turn, classes can be unlocked by exploring Aionios and completing hero quests that unlock new heroes. It’s certainly not as easy as running to a store to buy new items. While it may take longer, this way of getting new clothes is arguably better, as it gives you multiple reasons to explore the world, see everything, and try out all the classes that Xenoblade Chronicles 3 has to offer.

On the downside, this game is still riddled with the same sort of fetch quests and collect-a-thon missions that bloat the quest lists in previous titles. It’s certainly not nearly as bad as the other games, but it’s still far enough that they feel like filler.

However, since you’re always the optimist, at least the filler quests give you ample time to sit back and enjoy the absolutely outstanding flute music in Xenoblade Chronicles 3. Everything from the overworld music like you hear in Millick Meadows to the multiple combat themes and even the pause menu music are incredible works of art.

Overall, Xenoblade Chronicles 3 is this year’s best Switch game so far, and arguably one of the top 10 games on console right now. The visual issues are unfortunate but understandable given the hardware. Plus, the game looks and plays better than any of Monolith Soft’s previous titles, whether docked or handheld. It shows they’re getting everything they can out of the Switch.

Still, among the other issues, the numerous fill-in quests and overall cramped feel of handheld mode mar an otherwise overwhelmingly positive experience. Luckily, at least those two problems are essentially avoidable if you skip fetch quests and play on a TV.

All in all, it’s incredible to think about how far Xenoblade has come in the last decade. With the help of a devoted fan base, it grew from a niche Wii game sold only at GameStop in North America to a staple Nintendo franchise. The good news is that the hard work at Monolith Soft has paid off once again.

Xenoblade Chronicles 3 is an absolute must-have for Switch owners looking to buy their next game. Whether you’re a long-time fan of the franchise or a beginner, this game is one of the best RPGs on the Switch that can easily last hundreds of hours for players who never want to leave the world of Aionios. 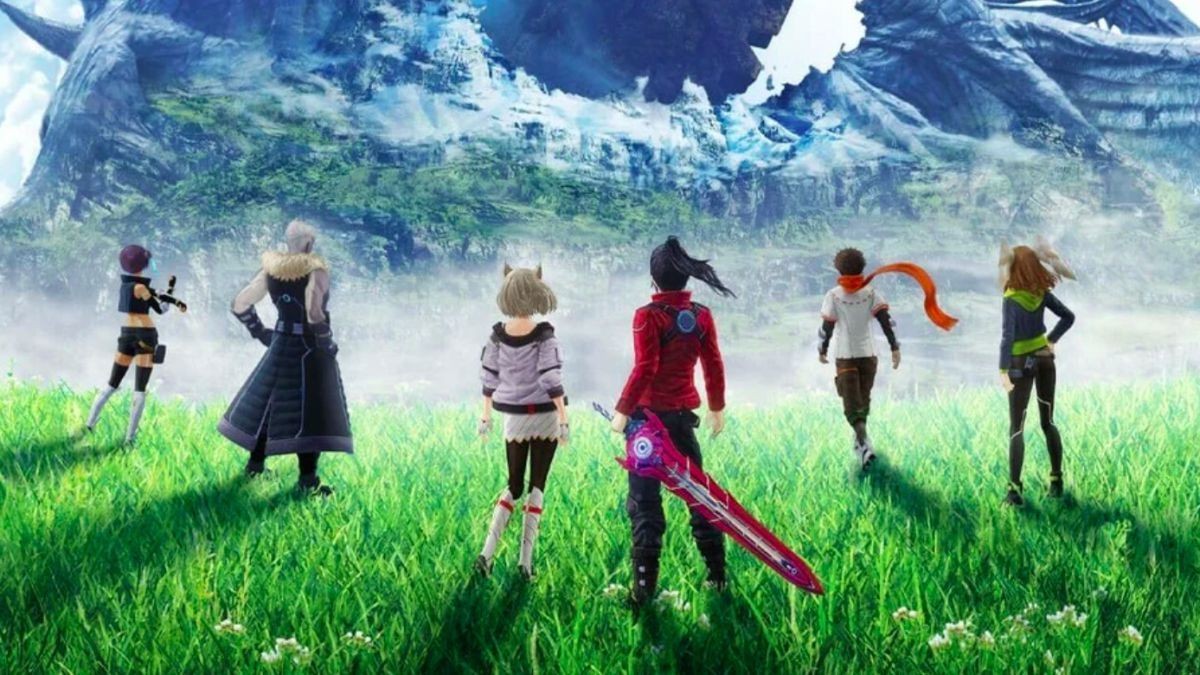