Mob Psycho 100 Season 3 Episode 8 – Mob Psycho 100 follows the story of an eighth grader student, Shigeo “Mob” Kageyama, who looks unnoticed but has insane psychic abilities that could turn the world upside down in the supernatural world.

Mob uses his powers to destroy the evil spirits with his so-called mentor Arataka Reigen. He has an evil spirit companion, Dimple, who was introduced in the very first episode of Season 1 and had a powerful psychic ability. Mob unknowingly gets into trouble when his brother Ritsu Kageyama tries to unlock his psychic abilities and gets caught by Claw, an evil organization led by Soichiro Suzuki who wants to rule the world.

In Mob Psycho 100 II, Mob and Reigen continue to deal with more powerful evil spirits and urban legends that plague the livelihoods of ordinary people without psychic powers, but Mob understands his supernatural powers and stops following Reigen blindly, and as an experienced psychic, more tangible and more troubling evil spirits he encounters with ease.

In this episode, the teacher announces the winter break to the class and Tome Anoda was shocked when she heard about it and immediately arranged a meeting with the member of the Brain Sensing Radio Wave Club and announced that she was disbanding this club since she want to prepare for winter holidays and graduation.

Weeping, she told them her thoughts and dreams; Seeing Tome cry, Inukawa and his friend’s hearts melted and they started looking for a new member. 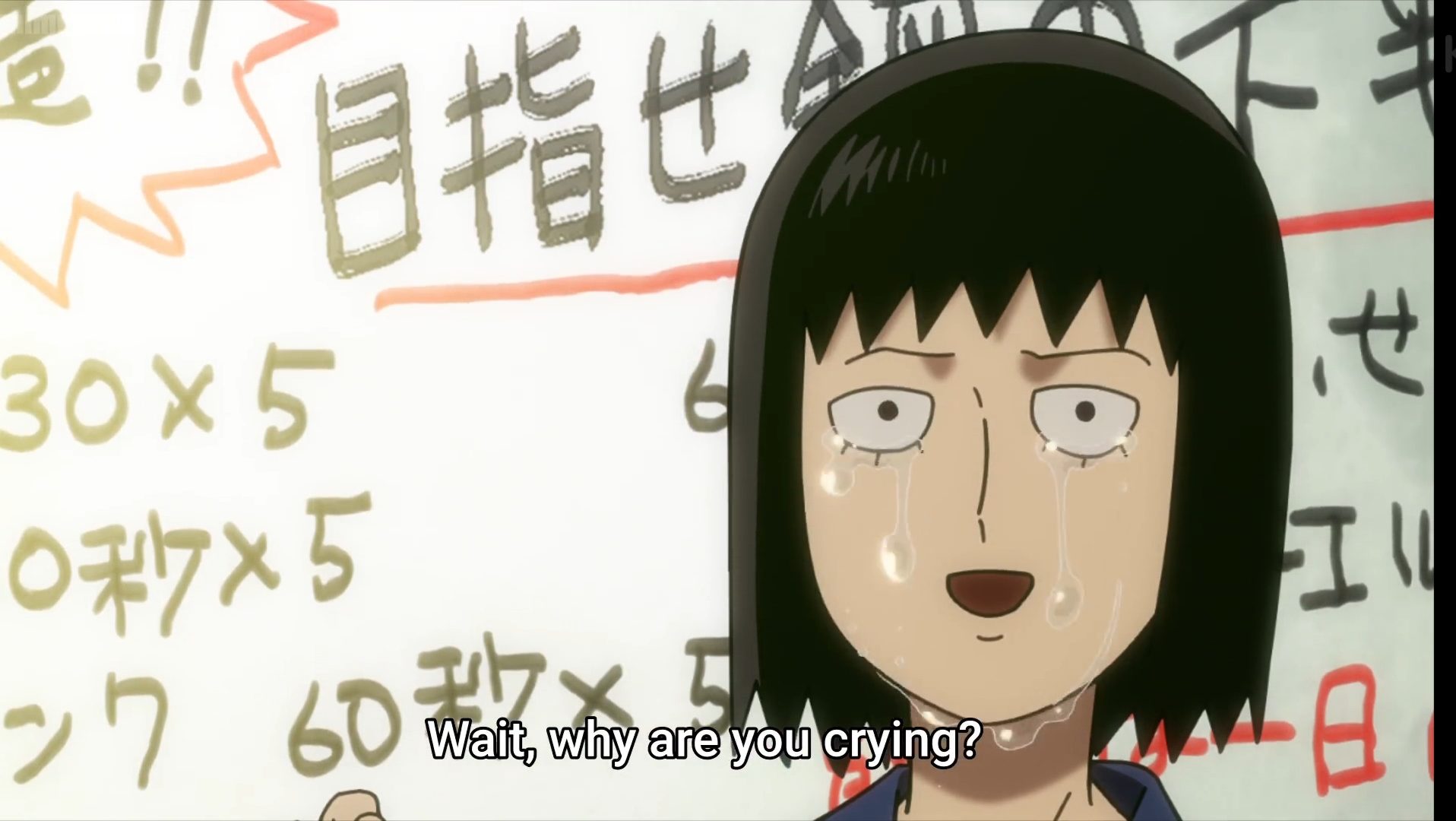 wait why are you crying

As the episode progresses, Inukawa and his friends begin a recruit search with the help of Mob, Ritsu, and the Shiratori brothers, a pair of telepathic twins.

As the search continues, they find out about the telepath, they have to recruit who was a member of this club in the past and his name is revealed Takenaka.

Takenaka refuses to rejoin the telepathy club because he joined the club to find out more people with that kind of ability but he can’t so he leaves the club when he left Mob stops him and expresses his feeling to be a psychic and how Takenaka felt.

At the end of the episode, Mob convinces Reigen to rent his car and go on an alien scouting tour in the mountains on New Year’s Eve. All of the Telepathy Club members agree, but Tome doesn’t as she prepares for the entrance exam.

When the day came, everyone went to the meeting place, where they found Tome who had changed her mind. She asked about the new telepathy member as she was uninformed. Takenaka arrives half an hour late. In the final scene, everyone is in the car, Takenaka looks nervous, and Tome refuses to believe he has powers. For international viewers, it will be released on Wednesday November 23rd

For other time zones

For Philippine and Australian time, it is published on the same date as Japan, at 1 am and 3:30 am respectively. 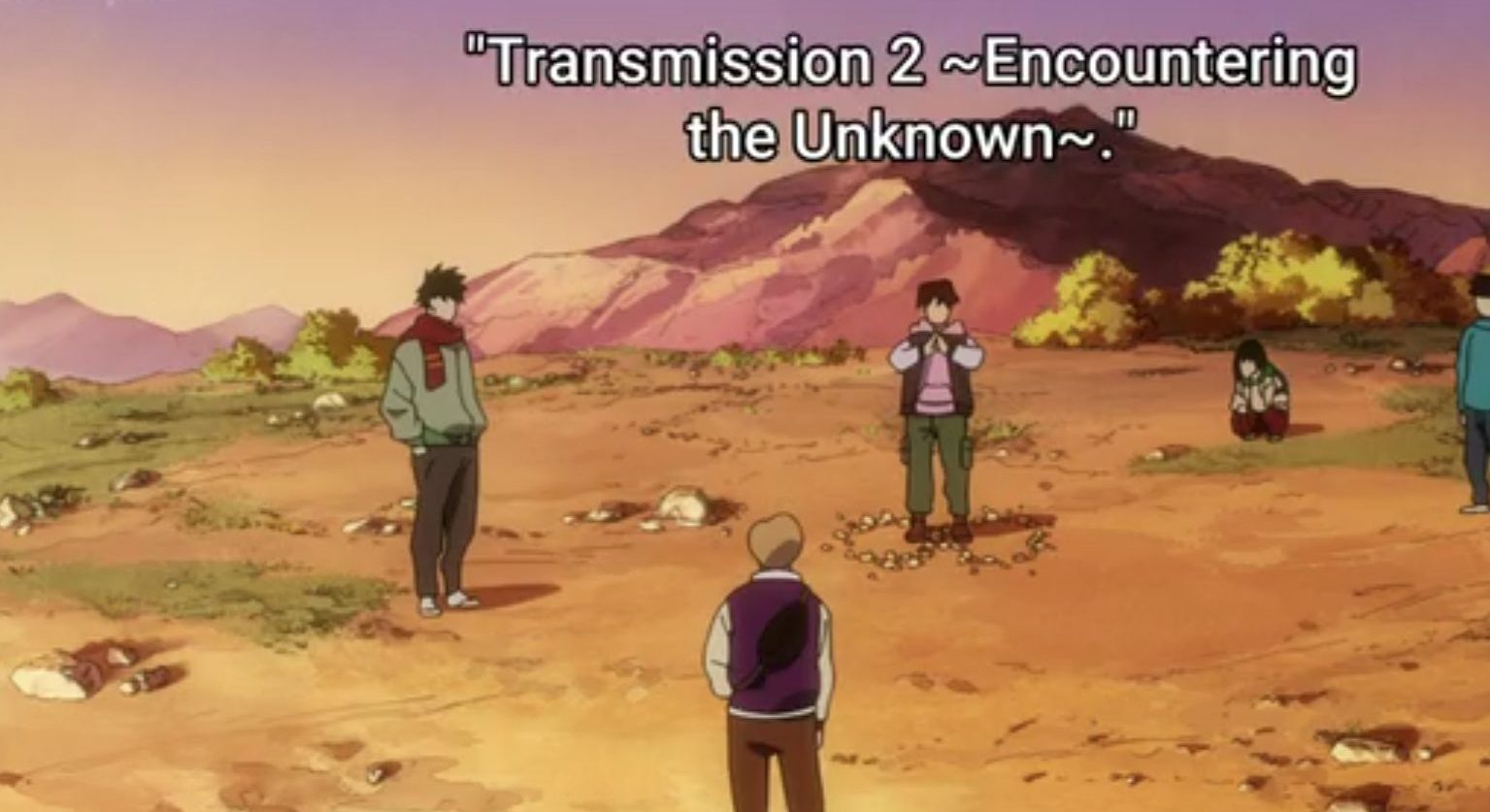 The episode name is Transmission 2 ~ Encountering the Unknown, As the preview shows, all the boys and tomes will go to the mountain to hunt UFOs and, as the episode’s name suggests, will encounter something that will not be from this planet.

Whatever happens, viewers will be entertained and can see more adventures from Mob Psycho in this latest installment of Mob Psycho III.

This episode will be available with subtitles on Crunchyroll for viewers outside of Japan.

As for Japan, this episode will be released on the local Japanese networks like Tokyo MX, ytv, BS Fuji and TV Asahi etc.