Like many 90’s kids, TMNT: Turtles In Time was a pretty popular game for me. Whether I was hitting the arcade or renting SNES titles from Blockbuster, this multiplayer beat ’em always took precedence as its action, graphics, and gameplay were simple but so enjoyable to play. After playing TMNT: Shredder’s Revenge, it didn’t take long for me to feel nostalgic.

Playing TMNT: Shredder’s Revenge made me feel like I was back at Grotto Pizza, playing with friends at the arcade while waiting for one of the greasiest slices of pizza on the east coast. Over the course of several playthroughs, that lovely feeling of remembrance never faded as it became abundantly clear that the Tribute Games developers really knew what they were doing.

The story of TMNT: Shredder’s Revenge is pretty simple as our heroes hunt and fight their usual rogue gallery of villains across the city. Classic levels have been remixed throughout the game, as locations like the Manhattan Project’s sewers and hoverboard sections are given a cool, modernized look and appeal.

The pixel art is also sharper than ever, as the backgrounds and foregrounds of TMNT: Shredder’s Revenge are incredibly detailed, making the entire environment feel alive. Combat animations also look impressive and alive as each character has their own unique move set and actions that are fully animated.

Super attacks in particular look stunning, as the screen lights up in a range of different colors each time one is cast, really highlighting the damage done. Combat doesn’t just look good, though, as the arcade-style mechanics feel silky smooth.

Although there are only buttons to jump, dodge, and attack, there are a lot of really cool combos to pull off in both single player and co-op. This includes the ability to knock enemies off-screen, juggle enemies in the air, and even perform team-up moves when playing with others.

A big reason why this ode to the old arcade brawler style works in TMNT: Shredder’s Revenge is that a lot of variety can be found through playing with the different characters that make up the team. Each of the seven playable personalities that make up the game has different strengths and weaknesses.

Where April is fast, Master Splinter is strong. In single player, it makes a big difference who you pick, as certain levels place an emphasis on certain skills. For example, while I didn’t like using him in most levels, Donatello’s reach and range were a lifesaver when playing in the Technodrome area, as many of the enemies there had some pretty deadly melee attacks.

Speaking of enemies on this level, I would like to say that there are a handful of smaller mobs in TMNT: Shredder’s Revenger that are a bit annoying by design in single player play. The little robots that shoot lasers and have strong defenses are one of them, as their long-range stagger attacks, heavy armor, and ability to hide underground make for a frustrating interaction when playing alone.

This opponent is pretty easy to defeat if you’re playing in co-op, so it just feels like there are some scenarios designed solely for multiplayer. Considering how good the multiplayer is, it really isn’t too big a hit.

Even as someone who doesn’t like queuing with strangers, I found myself equally amused by matchmaking and couch co-op. There’s just something about beating up members of the Foot Clan with a group of six that just feels so satisfying.

Arguably the best thing about TMNT: Shredder’s Revenge is that it’s just one of those games that you can play over and over again. Although the game can be beaten in one sitting, there are a number of different ways to do it, resulting in a variety of different experiences.

Story mode features a variety of side missions, objectives, and references to the old games and shows while also leveling up characters. This makes for a longer experience that is usually best experienced when playing with smaller groups.

On the other hand, Arcade mode is all about the action. Playing this mode unlocks all abilities from the start and removes collectibles and other items that you would otherwise pull from combat. This is where experimenting with higher difficulties is fun for the brawler masochists out there, as you also have a limited number of lives and health pickups to manage.

I can’t say I’ve dealt myself too much with more serious difficulties, but what little I’ve had with my friends has been a chaotic good time. In my 10+ hours playing TMNT: Shredder’s Revenge, there were very few moments when I felt like giving up the game. 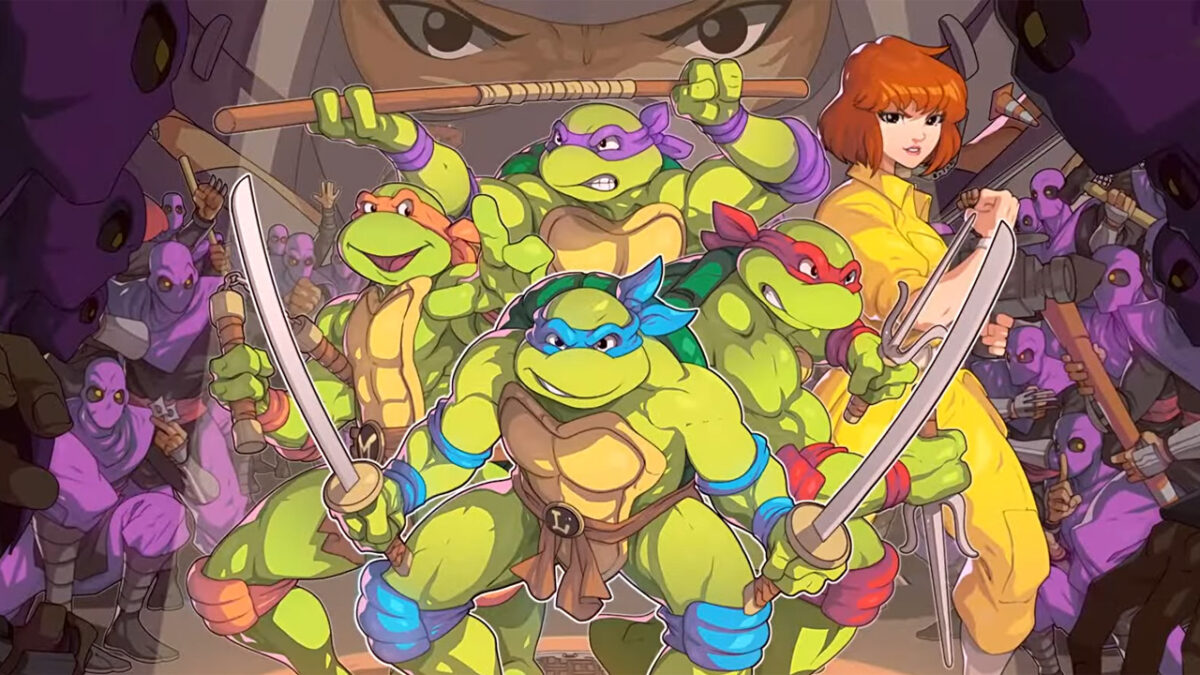