Back in April 2021, developers People Can Fly unleashed their vision of a looter shooter in an admittedly crowded genre, but Outriders was a breath of fresh air that got a lot right, especially when it came to equipping the player with powerful weaponry and supernatural fun equip forces. Now that the Outriders Worldslayer expansion is upon us, the same core pillars remain, for better or for worse.

To bring you up to speed on the storyline, the Outriders base game was about humanity’s urgent need to find a new home after the Earth was devastated. Things go wrong rather quickly after finding a suitable alternative on the planet Enoch when a destructive storm known as the Anomaly leaves nothing but death in its wake. Time passes, but the first colonists are still stranded on the planet, wedged between mutant wildlife and insurgent forces that now follow the whims of the Altered – beings who can tap into the anomaly and wield dangerous powers.

Outriders: Worldslayer builds on that narrative foundation, which wasn’t exactly tied into the base game, and takes things one step further. Without Enoch’s native species, the Pax, to negate the anomaly, the supernatural phenomenon spirals out of control. As if this life-threatening development wasn’t enough, the Insurgents finally have a leader for players to follow in the form of the Altered, Ereshkigal. Once again, it’s up to the players to save the day and save Enoch once again.

While the overall story development is undeniably promising, the expansion suffers from the same issues that affected the original. While the player is key to progression, it never seems like they are the focus of all the events that unfold. Not that it always has to be, just that it reduces engagement and immersion for the player.

Additionally, the addition of Ereshkigal could have meant more to build a believable villain whose motivations made sense, but aside from a seemingly insatiable need to wreck the world, there reeks of a missed opportunity in Outriders Worldslayer. For what it’s worth, however, the additional context and explanations for Pax, Enoch, and the anomaly are welcome. Whether that will still be the case for future content coming into the game remains to be seen, it would be a waste to see all this potential untapped.

Luckily, Outriders Worldslayer retains the outstanding combat and looting gameplay loop that’s still so entertaining, and is now enhanced with new additions and tweaks. No new classes will be added, but players can turn their attention to the new Pax skill tree with the mechanics for ascension points and apocalypse levels.

These additions are excellent if you’re hoping for more ways to harness the pain or new powers in combat. With a total of five Pax Points earned by completing the story missions, players can potentially unlock some really powerful perks needed to succeed at higher levels of Apocalypse. Whether you’re looking for significantly more powerful weapon damage, defensive mitigation, quick cooldowns, and more, constantly tweaking your build with this additional skill tree adds another strategic layer to the experience.

With more weapons, armor, and abilities coming with the Apocalypse tiers, there are also more ways to synergize your builds and groups for even more brutal combos. And yes, there’s now a third perk slot for your gear to add to the fun with the new Apocalypse items. There’s simply nothing quite like freezing hordes of enemies with a modded Trickster, boosting the Technomancer and Pyromancer’s enhanced AoE damage and status effects while keeping everyone shielded and protected with the Devastator, and that’s just one of many combinations for you might stumble.

Combine the new and more robust Loot Drops with additional mods, the Pax Skill Tree, as well as the Ascension Points system, and progressing in Outriders Worldslayer feels instantly more rewarding, engaging, and downright fun on a longer-term basis compared to Outriders Game.

If the Apocalypse stages look familiar, that’s because they’re meant to replace the original campaign’s world stages, where the higher you go, the harder the enemies are, with the promise of better gear and mods. You can even restart the story at these new levels, bringing additional challenges and more powerful and worthy rewards as you advance to level 40, and not having to keep reliving the newer content in Worldslayer to skip to the next level .

The expansion allows new players to skip all the older stuff and jump right into Worldslayer content with a level boost, which is a nice touch, but you might feel lost with all the mechanics, so make that decision with caution .

As for the endgame content, Outriders Worldslayer adds the Dungeon Trials of Tarya Gratar, specially designed for players to grind and find better loot. Divided into three acts, each consisting of several smaller battles in troves, areas with multiple turns of enemies that reward a specific piece of gear, and ending with a boss fight. How players proceed toward the end is up to them, with branching paths adding some freshness, but it’s the raffle of more useful loot that’s likely to keep you around.

That said, the dungeon itself is essentially the same for each run, which might not be the best argument for replayability, but the combat and the rewards make it worth the time and effort. If you’re already knee-deep in the grind, there’s more to endgame content, but if you’re on the other side of the fence it’ll do little to sway your mind.

At its core, Outriders Worldslayer brings enough improvements to the table when it comes to the actual gameplay of this raider shooter. This fun combat, coupled with new Apocalypse gear, tiers, and more, really makes the game tick, even if the narrative beats can be hit and miss. There’s certainly room for People Can Fly to explore other parts of the world in future content, but for now we’ll settle for a looter shooter experience that’s gotten even better than before. 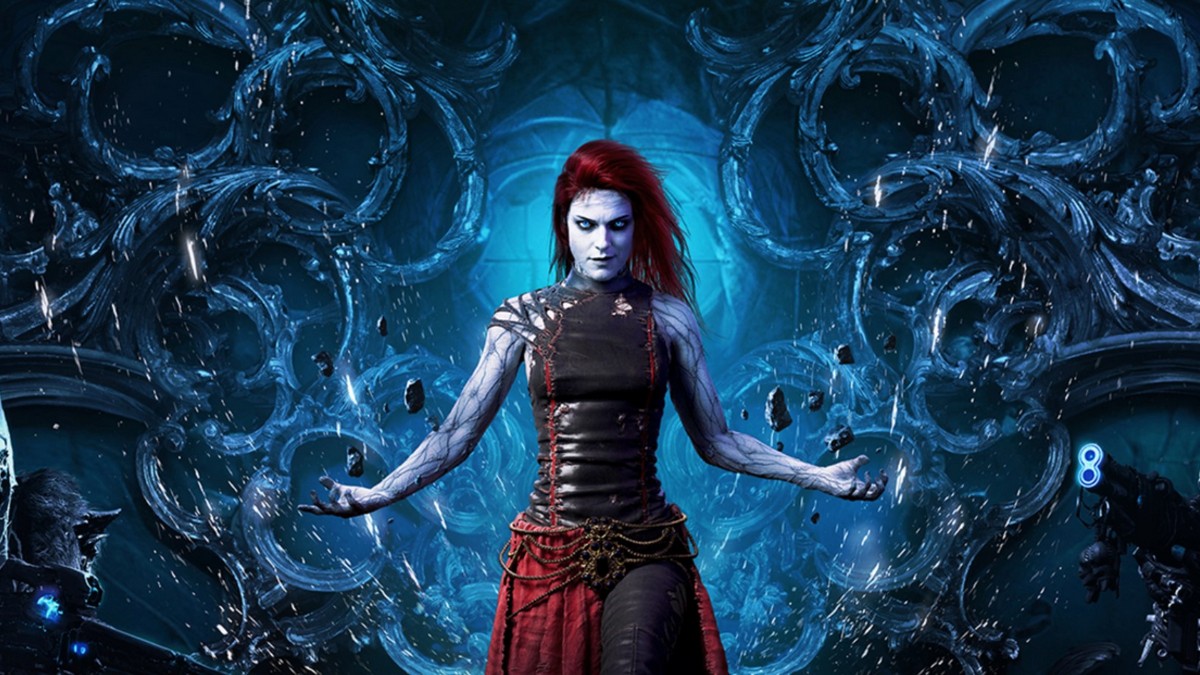