Live a Live on Switch

Live A Live is unlike any JRPG I’ve ever played. It was way ahead of its time when it was released in Japan for the Super Famicom in 1994, and it’s a shame the rest of the world didn’t get to see it then. Luckily, Square Enix decided it was time to remake this ambitious game and bring it to a new audience in 2022.

What sets Live A Live apart from other JRPGs is that the story is broken up into eight very different scenarios, rather than building a group of characters around a single protagonist during gameplay. They are so different that they have very little to do with each other, or at least it seems so at first glance.

Each of the eight scenarios you will play through features characters from all different time periods, from a cave boy in prehistory to a robot in the far future.

Not only are the characters and time periods in each scenario unique, the variety of gameplay and objectives is also different in each scenario. Only the grid combat system remains the same in each chapter.

Right from the start of the game, you can play through seven of the scenarios in any order, and it really doesn’t make much of a difference how and when you tackle them in the end. When you choose the next scenario you want to play, the game will show you a picture of the character, his time period and some sentences what his story is about.

I realize it’s a bit stereotypical to say “there’s something for everyone” but that somehow feels true with Live A Live. let me explain.

The earliest period of time, the prehistory, tells the whole story without words. I played a young caveman who is getting old enough to hunt for the first time and, along with his gorilla friend, discovers a woman who needs help. It was a little odd at first trying to figure out what to do with all the characters communicating in gestures and symbols above their heads, but the humor came through loud and clear throughout this scenario.

In this day and age, the story has little depth. This scenario is basically a long Street Fighter game, but with a twist – my character learned every attack that hit him, so I quickly realized that it was actually beneficial to extend some of the fights to get ahead of the next fight to learn more movements. I usually attack in full brute force RPGs, so it was fun to approach these fights differently.

Alternatively, in the far future scenario, the focus was much more on the story than the combat. I played as an adorable sentient robot with all the beeps and whistles that reminded me of Wall-E. This scenario took place entirely on a starship with a handful of other characters, each with their own complex relationships with one another, and their issues became apparent as the story progressed. Progression here relied more on interacting with these characters than combat.

Other scenarios gave me options. In Edo Japan, I played as a ninja who could reach his goal stealthily and peacefully, or instead kill every enemy in his path. In the Wild West scenario, which was one of my favorite scenarios, I played as an outlaw helping the frightened but determined townsfolk figure out the best way to take down a group of bandits who were terrorizing them.

All scenarios offered at the beginning of the game are self-contained, stand-alone stories; It took me between an hour and a half at the shortest and about three hours at the longest to complete each one. Because of their length, none of these stories felt too lengthy, so the ones I hadn’t clicked with the most didn’t feel like an ordeal to finish.

After completing the seven main scenarios, an eighth one will open, following a knight in the Middle Ages. This story is much darker and more mature in tone and introduces the final chapter of the game.

This ninth and final chapter is the thread that ties everything in the game together. Before I got to that point, I began to doubt that it would all connect. However, the long build-up is well worth it.

I won’t go into the premise too much so as not to spoil the story, but this final chapter reflects a much more typical JRPG, and all the protagonists from the previous scenarios are involved. There are optional areas and story details to explore along with recaps and references to each of the chapters.

Essentially, there’s plenty of content to look forward to after completing these seven bite-sized stories. There are several different endings, which promotes replayability of the last chapter. The way it ultimately ties together might feel a bit rushed by the end, but it certainly doesn’t feel forced.

I would like to take some time to praise two other things about Live A Live. First, the soundtrack is fantastic. The music is on par with comparable JRPGs like Chrono Trigger and Final Fantasy III. Musical motifs are repeated throughout the chapters and I had many of the themes in my head while not playing. Second, the HD 2D graphics style that Square Enix has mastered continues to stand out. The environments are alive with impressive detail. Live A Live is one of the most beautiful games on the Switch.

I didn’t play the original Live A Live on Super Famicom, so I can’t speak to all of the exact quality of life improvements made to the game for this remake. However, I can say that the menus are very easy to navigate, there are many ways to save, and the tutorials clearly explained the game concepts.

What I didn’t like about Live A Live was the odd balancing, and I wonder if Square Enix stayed very true to the original and didn’t fix some of the issues the original might have had. Most of the game is a breeze combat-wise, but there were a few instances of difficulty spikes out of nowhere. In many scenarios it’s clear where to go and what to do, but in other parts it was all a matter of trial and error with zero direction to figure out what to do.

Another small frustration I had was with the motion controls. Characters can walk or run with the analog stick depending on how much it’s tilted, but this felt difficult to control, especially when walking vertically or diagonally. I think that’s a feature of the sprite characters at the 2.5D level, but I often found myself getting annoyed with making my character move the way I wanted it to.

Ultimately, I loved my time with Live A Live. The variations in the scenarios grabbed my attention and made me excited to keep playing to see what comes next. I can’t help but wonder if this game would have been in the modern conversation about classic JRPGs if it had been released worldwide in 1994. I hope it stays part of the conversation for now.

I urge anyone who liked 90’s JRPGs, especially Square’s own, to try Live A Live. It is filled to the brim with variety, humor and interesting stories. It may not be perfect or surpass your childhood favorites, but fans of the genre will still find a place in their hearts for it. 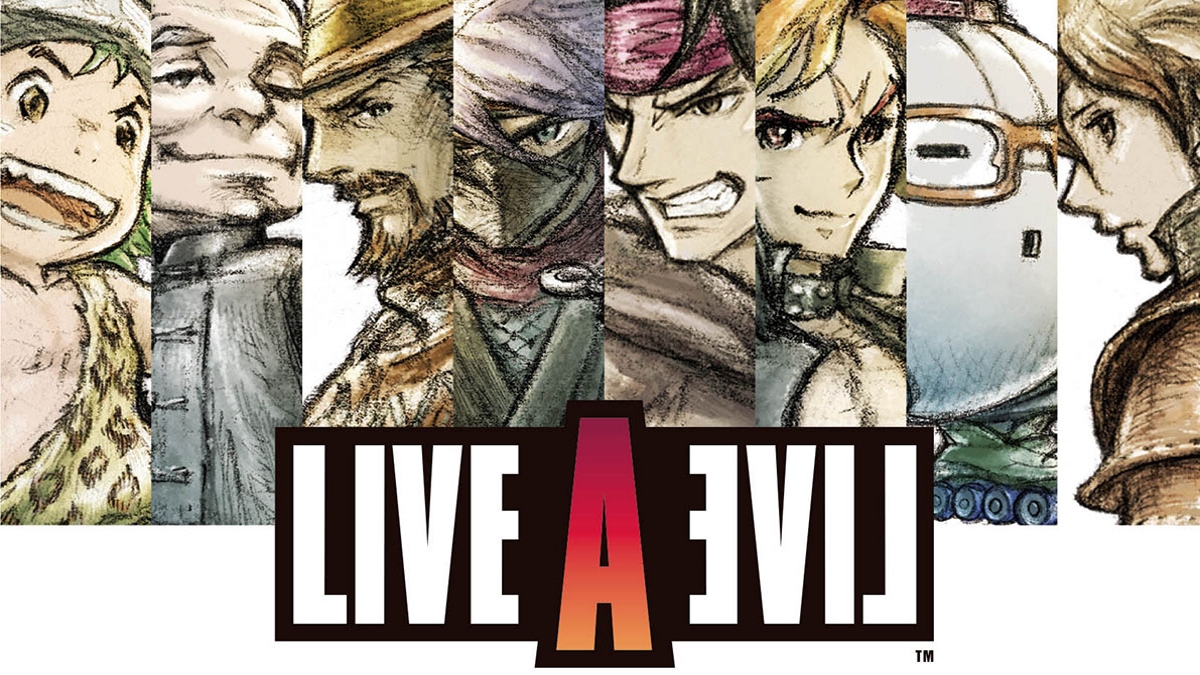