Endling: Extinction is forever on PC

Endling: Extinction Is Forever is the kind of game that you know will eventually make you howl from the first few seconds.

You play as the last surviving mother fox on earth and must do whatever it takes to ensure the survival of your tiny and incredibly cute litter. You can choose the color of their coats and after just a few moments of watching their adorable antics, you will literally do anything to protect them from the cruel, cruel world they live in now.

And what a cruel world it is. Across Endling, the survival of your young will face numerous threats, and the most common is that of starvation. A Hunger Gauge will constantly deplete from the moment you leave the safety of your den, meaning there is a constant underlying fear in everything you do.

Foxes sleep all day, so head out in search of food each evening. Your kits come with you. Helpless at first, they slowly learn skills that will help you all in this endeavor, like being able to squeeze into tight spots to get a bite or climbing trees to reach a bird’s nest. Everyone has to play their part if there is to be a chance of survival.

Eating takes many forms depending on your desperation. On a good day you might find a mouse or a rabbit. The bad ones will have you digging through the junk; Worst-case scenario, you’ll watch your offspring starve.

Hunting is a fairly simple affair that requires patience, cunning, and quick reflexes. There’s satisfaction in finally cornering an elusive rodent and returning to the den with full bellies. Make sure you don’t end up as another creature’s dinner; A fox kit is a tempting target for opportunistic predators.

However, as the days turn into weeks, once viable hunting grounds become bare and the presence of people can be felt everywhere. Trees where birds live will be cut down, creeks where fish used to be found will be filled with garbage, and you’ll have to get braver and braver to survive.

As food becomes scarcer, you must venture further afield to provide for it, looting people’s homes and factories for themselves. This is risky, and as the game progresses, bear traps will be set to hinder your progress and patrols will escalate to deter you.

These people who never speak (but sometimes you can hear them sing or cry) will slowly push you away. There’s a very strong environmentally conscious message at the core of Endling, which shouldn’t really come as a surprise, but what was surprising was how impactful it was to have to experience it through the eyes of an endangered animal. After all, an endling is the last known individual of a species.

You will face human enemies, two of which are near-constant threats. Without spoilers, the scavenger plays a central role in the story and you will run into him many times. He can be seen initially poking around the area and later guarding areas with a rifle, and you’ll need cloaking to get around him.

Another is the skinner, which will start chasing you after a certain point. Like Mr. X in the excellent Resident Evil 2 remake, the skinner is ever-present, roaming the environment and always popping up at just the wrong moment. He can be evaded and deceived, but never defeated.

But there are brief glimmers of hope in the gloom of everyday life. Not all people will harm you, and some will even help you. And there are some surprising animal friends to be made, provided you take the time to help those around you.

Endling is a beautiful video game with an irresistible art style that sells the tragedy of a world that is ending. The animations are impressive and really help you to believe in the bond that the mother has with her cubs and the effort she will make for them.

There were moments of frustration, but they were rare. The stealth mechanics are very simple and can sometimes lead to annoying situations where you just have to wait and see.

It would have been exciting to see this expanded, like having to worry about ambushes and really having to improvise. As it stands, however, these are minor flaws in an otherwise remarkable experience.

In the end, hunger became something of a non-issue. Endling stopped being difficult at this point, but felt oddly rewarding. The kits had learned to support themselves throughout the game and were now able to fend for themselves.

The entire experience will only last a few hours, and like game company Journey, it’s a testament to developer Herobeat Studios that they’re able to tell such an elegant and self-contained story in such a short amount of time.

Tense, lonely, and emotionally devastating, Endling: Extinction is Forever is a striking example of the kind of experiences only possible through the medium of video games. 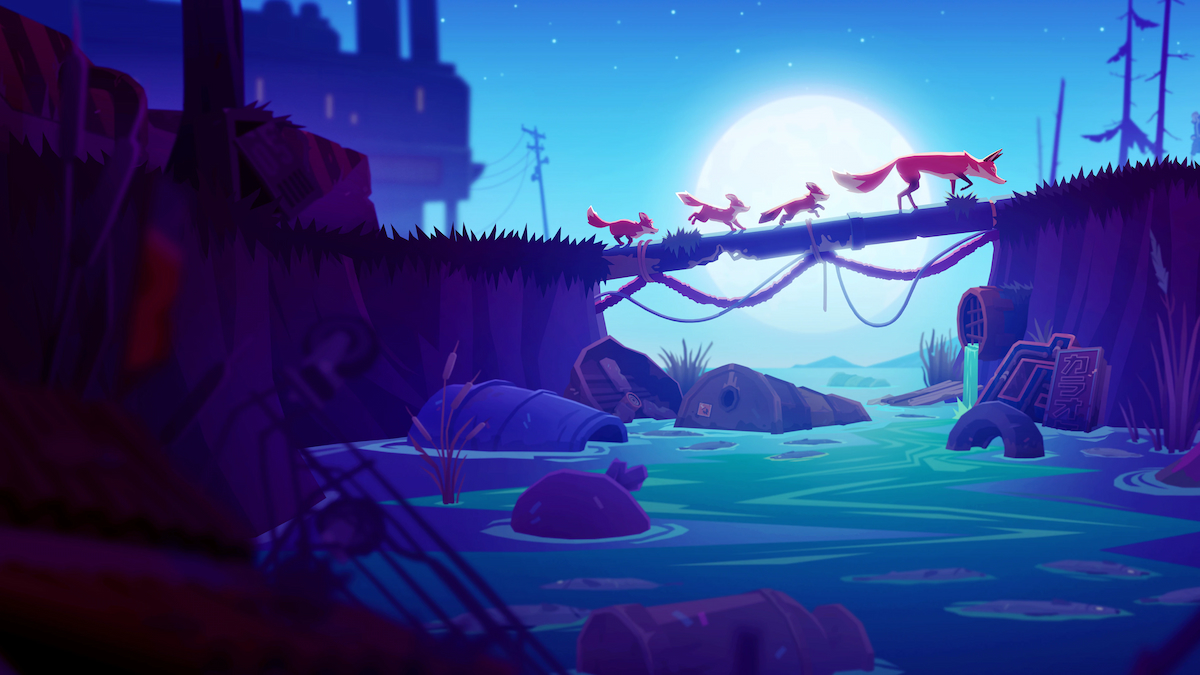