With plenty of options to choose from when it comes to Souls games or other games that fall into the Souls-like genre, Prime Matter’s Massive Work Studio and Dolmen already have plenty of work to do for it. While no one is expecting anything close to Elden Ring’s level, this game doesn’t help itself by attempting to replicate the challenge expected in the genre without having the support structure in place. Using difficulty for the sake of difficulty is not at all tempting.

Before we even delve that deep, here is the premise of dolmens. The game takes place on a faraway planet called Revlon Prime, and the narrative revolves around crystals called “dolmens” that can be used to connect alternate realities. Obviously this never ends well as the planet is overrun by enemies of all kinds and it’s up to the player to clean the house and figure out what’s going on.

You don’t really need a reason to swing and take the fight to the enemies you’ll find in dolmens, but the setup gets closer to sci-fi mumbo-jumbo than the genre’s intriguing and cryptic lore fans are used to . Not that it’s a bad thing, but the game needs to do more to be compelling than Hellpoint did.

Unfortunately, Dolmen never quite fits together, whether it’s gameplay, graphics, or anything in between. As you explore the various environments on Revlon Prime, it becomes clear that instead of having the freedom to explore, you’re guided through corridor after corridor broken up by the occasional large room, removing more of the mystery that often drives can player.

Attempting to explore the playable areas can yield items and useful blueprints from NPCs, but there’s little compelling reason to deviate from the path ahead. Dolmen also doesn’t have a map to help players, but in this case it might not really be necessary as it’s hard to get lost and you can easily retrieve your lost nanites in case of death.

When it’s time for a fight, dolmen is a frustrating affair. Sure, you can have your normal light and heavy attacks, plus a dodge to avoid damage, but the execution is far from ideal. Animations are heavy and stiff, and enemies often shrug off your attacks as if there were no repercussions. The parrying system should work in theory, but it usually doesn’t work even when you think you have perfect timing.

On the other hand, if you make it, there is no reward for a critical hit or a powerful counterattack. The enemy is only briefly stopped from hurting you before recovering and punishing you even more. The lack of enemy variety will also make combat sequences a boring affair. Players can spice things up by boosting their attacks with elemental powers like fire, cold, and acid, but the energy requirement means you only get a few hits before you run out, and is hardly significant enough over the long run.

That means you get a gun, which isn’t something you see in many Souls-likes, but ranged attacks don’t work that well when enemies are closing in quickly. The ranged weapon uses the energy meter as does Dolmen’s healing mechanic. With so many things competing for a resource, choosing a cure should always be a priority.

However, should you run out of energy, you can use the only item in the game that can restore it, a battery. Unfortunately, using a battery forces you to stand still for a few seconds, exposing you to all sorts of scares on Revlon Prime. How this one ever made it as a mechanic is scarier than the enemies you’ll find in dolmens.

The bosses, usually the highlights of Souls likes, perform slightly better in both enemy and encounter design. Despite a few cheap deaths every now and then from one-hit kills, most bosses require a more tactful approach, like learning attack patterns and exploiting windows of opportunity, using the flawed parry system to destabilize an opponent, or a multi-phased encounter , which takes full advantage of the ranged combat system. If that’s not enough, players can farm bosses through Dolmen Crystals to craft their unique weapons to aid in their run.

Speaking of crafts, it’s another mystery that exists in dolmens. The materials gathered can be used to craft various melee and ranged weapons, armor, and the like. There are also mods that can be applied to provide various improvements. However, if you choose to upgrade an existing piece of gear with mods attached, you will lose all of those mods for no good reason, and disassembling won’t return those mods either. It’s just amazing to punish players like that, and it doesn’t make any sense.

For a genre that’s now becoming even more popular, and perhaps even more saturated, getting the basics right is the bare minimum for a game to make an impact. However, with all these issues plaguing the game and graphics that hardly scream 2022, Dolmen doesn’t live up to expectations at all. The game tries to incorporate many of the hallmarks of the genre but messes everything up with poor systems and execution. For a fan accustomed to the genre’s often challenging demands, recommending dolmens is something that will only happen in another dimension. 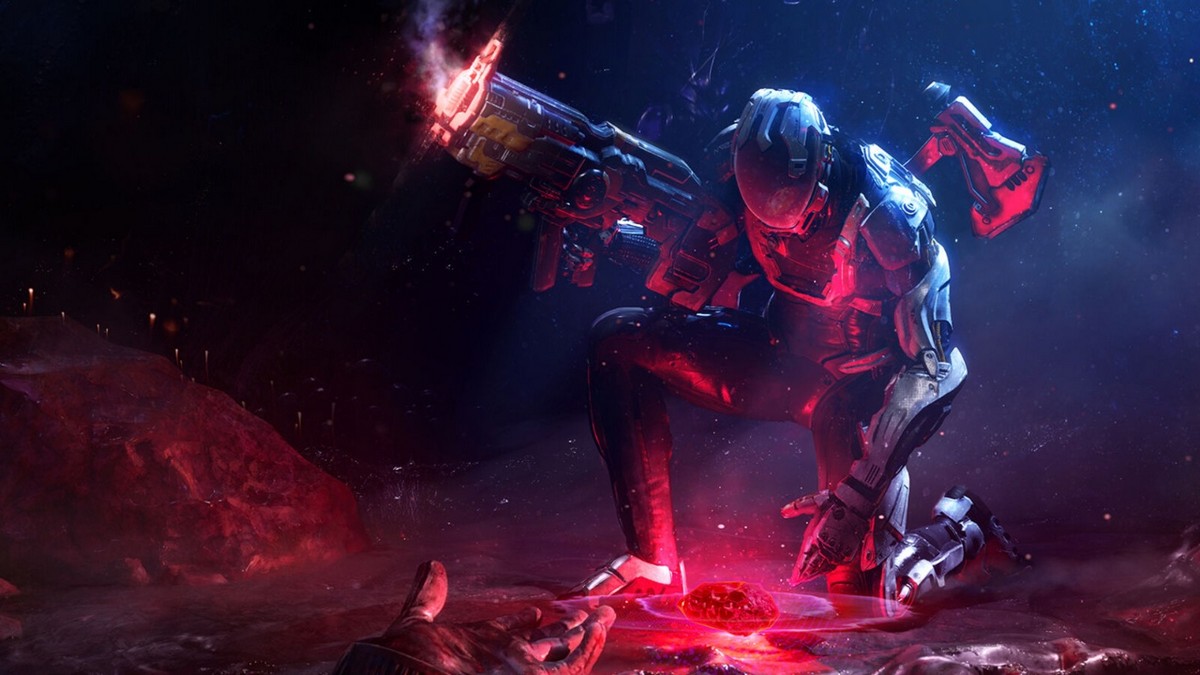