It’s been almost five years since Studio MDHR unveiled its eye-catching, one-of-a-kind 1930s action-platformer inspired by Walt Disney and Fleischer Studios. Racking up numerous awards, accolades and critical acclaim back in 2017, Cuphead has become a hugely popular indie hit. Now that the team’s latest, highly anticipated addition, The Delicious Last Course, is finally here, is it the final swan song the titular hero deserves? Or is it a stodgy dessert that’s giving you the splashes? Well, we can now 100% confirm that it’s definitely not the latter. Phew!

As the title suggests, The Delicious Last Course serves as a welcome treat after the original’s anarchic ball-to-the-wall action, transporting players to a brand new island filled with nefarious bosses eager as hell to see you slide up the virtual daisies.

The story is simple: our brotherly duo, Cuphead and Mugman, are determined to help an old friend of theirs, Ms. Chalice, by bringing her back from the dead. The thing is that they have to cook a magic recipe so that she can return to the other side. This involves sailing to an uncharted island and — yes, you guessed it — ravaging the local flora and fauna.

Instead of the base game’s 28 bosses, this time your goal is to defeat six bosses in order to collect the key ingredients for the magical Wondertart. That doesn’t sound like a lot of money on paper, but I swear it isn’t. In fact, I’d bet there could be six of them best Bosses that all of Cuphead has to offer.

So let’s get to the brass tacks: what makes these six bosses so appealing and memorable? Well, for starters, boss encounters have much more diverse and distinct stages this time around. Unlike its 2017 predecessor, where boss levels were largely static, each boss in The Delicious Last Course changes dramatically between stages. Not only does the boss himself transition from, say, a gangster spider to a lounge-singing caterpillar to a giant anteater with a snail under his trilby, but the actual environments themselves also change and evolve as you progress.

Floors give way to rising platforms, or maybe the monstrosity you face will swallow you whole, only for you to face the sticky insides of its acid-spitting belly in a final nail-biting stage. Long story short, Studio MDHR employs a number of clever and creative methods to keep things feeling fresh and players constantly on their toes.

From a gameplay point of view, The Delicious Last Course doesn’t reinvent the wheel. After all, this is an expansion of Cuphead and isn’t meant to be a reinvention of the Run and Gun, Bullet Hell-like subgenre. As a result, you get more of the same punishing gameplay that harks back to the old-school design philosophies of yore.

In fact, you’ll need every last ounce of your action-platforming muscle memory to fire off all cylinders, because The Delicious Last Course is tough. As, real difficult. Like trying to hard eat a diamond gobstopper with a set of dodgy dentures. And that’s coming from a Cuphead star who beat the base game.

Sure, while the developer put it on record that this DLC will take experienced players “3-4 hours” to beat, I’d say that’s a very conservative estimate. Honestly, I’ll be honest with you and I’ll get it: It took me more in the three or fourfold range to reach the end credits of The Delicious Last Course, but maybe I’m just a bit in the pants, who knows?

Aside from the new Inkwell Isle IV and new bosses, you’ll also get access to a slew of new weapons, spells, and even a new playable character. Yes, Ms. Chalice is available from the start, and her special abilities make her quite unique. Not only does she have access to a double jump, she boasts an invincible throw, a parry sprint, and comes equipped with four HP instead of the usual three.

Weapon wise, Crackshot is brand new and an absolute must as it behaves similarly to the base game’s Chaser Pistol. Essentially, it focuses on enemies, which helps your brain focus on dodging projectiles and maneuvering the frantic chaos each level throws at you. There are also three new lucky charms, one of which is linked to a unique mystery for players to discover, as well as a cool heart ring that restores HP for every 1st, 3rd, and 6th parry.

Finally, rounding out the package is a set of challenge gauntlets that are said to replace the run and gun levels of the original. In these challenges you will face off against different opponents, but you will have to do it without your charm and weapons. That’s right, these short and sweet boss-style mini-levels come with some extra content that will reward you with some valuable coins for your efforts. Rather than gun them down, instead parry your way to victory.

Of course, I’d be remiss if I didn’t give special praise to the phenomenal presentation that Studio MDHR has achieved with its latest expansion. The flowing, hand-drawn animation is absolute eye candy, and the a cappella barbershop melodies and vintage rhythm and blues-jazz score are nothing short of incredible. While you’re busy flinging your controller in frustration, you’ll at least be tapping your feet to the catchy rhythm of a fabulous symphonic jazz soundtrack!

Ultimately, the new DLC is a great example of quality over quantity and an easy blanket recommendation for all fans of the original game. However, newcomers may want to do their homework before pulling the trigger. Because like the devil in the heart of Cuphead, The Delicious Last Course demands your blood, sweat and soul… where do we log in? 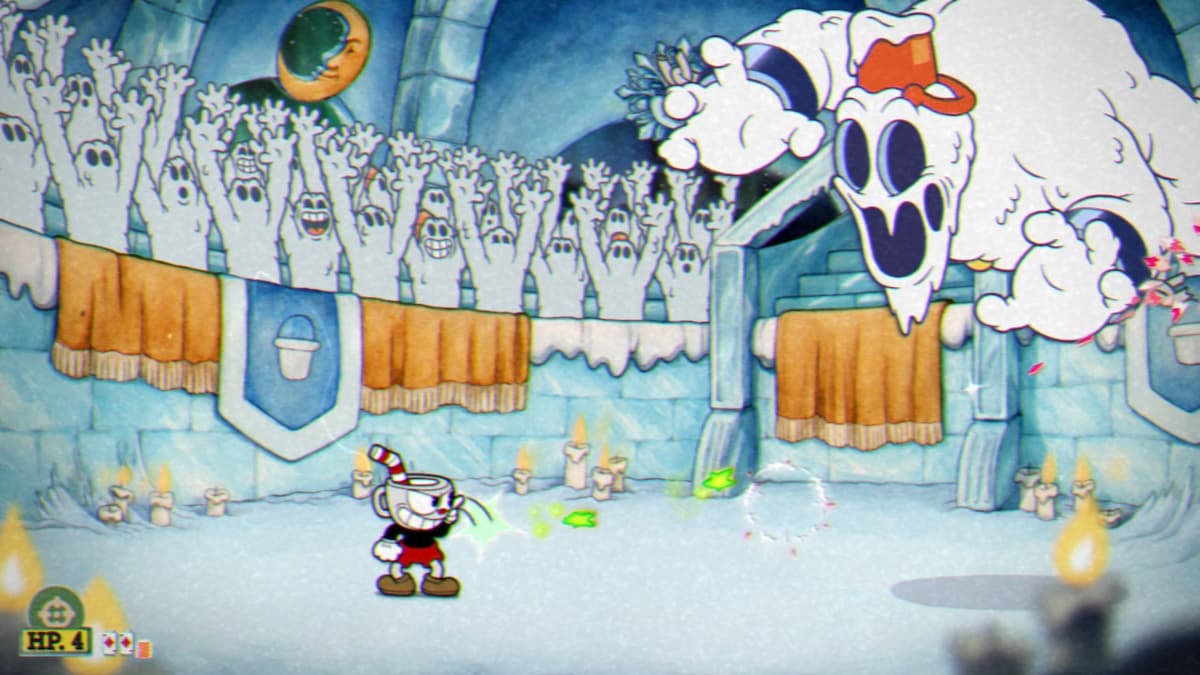