There is pretty much an extensive collection of games available to fulfill any type of fantasy a gamer might have. You could take to the skies in realistic airplanes or enjoy a horror night at camp; anything you can think of, there’s probably something for you. So if you’re looking for a game that will not only test your intelligence but also your skill at high-stakes card games, then Card Shark by Nerial and Devolver Digital is definitely the game you’re looking for.

With the art of cheating as a key element of the experience in Card Shark, the game invites players into the 18th century, immersing them in the arena of the nobility and aristocrats, and letting you loose. As a newbie under the mysterious Comte de Saint Germain, you’ll learn to master a series of tricks and sleights of hand to trick those of higher rank not only of their riches but also of their juicy secrets.

Even with the card games as the main attraction, the surrounding narrative and the characters who play the main role in the story make for excellent entertainment. As players become more involved in the Comte’s schemes, the intrigue and depth of how high society goes about their business will be revealed, and the addition of historical figures, albeit taken to the extreme, gives the whole experience a decidedly hilarious feel Grade .

And at the heart of it all is the Comte, perhaps the most fleshed-out character of the bunch, bringing a voice of reason wrapped in a veil of evasiveness and intrigue, equally captivating but also a product of the system he’s trying to create bring down.

Also read: Dolmen Review; A soul like without a soul

Once you understand your role, the real action begins when your patron helps you practice the set-up and execution required for each objective from the comfort of a carriage ride. Even so, you won’t get to the table just yet; after all, you are only of low level. Instead, players will take advantage of this social imbalance with a roving eye, spying on the various players and providing clues to the Comte to help him win.

It won’t be long before you’re granted a more active role as Card Shark introduces more intricate ways to influence events, ranging from advantageous shuffling, card marking to entire deck swapping. Your role will expand alongside the increasingly convoluted plans, and it’s absolutely a joy to see just how far those plans can go and how important your role is in all of it.

Of course, committing a scam won’t be that easy, and success comes from being as skilled with your hands as you are with your mind. Certain events can only be set in motion with the right inputs or the right signals. Awareness of the situation and the cards in play will also be important, as every action, no matter how insignificant, is potentially the key to a smooth process.

With all this complexity, Card Shark takes things a step further by putting players in the proverbial spotlight, where trying to do too much or a bad execution will only raise suspicions from the authorities. By immersing players in a pressure cooker of time, accuracy, and precision, the gameplay becomes all the more rewarding, especially once you’ve taken the time and effort necessary to master all the arts of deception and devised the perfect plan.

Unfortunately, things don’t always go the way you imagined, and Card Shark occasionally makes things even more interesting for players. This could be a sudden twist in the games that forces you to think fast and move your hands even faster. If you find yourself on the losing side, it may even be necessary to rebuild your capital before attempting a daring scam. No matter what players need to do, Card Shark mostly makes it fun and engaging.

Whatever the path may bring, all that players can and would experience in Card Shark is beautifully put together, with an intriguing narrative accompanied by a vibrant and outstanding aesthetic, and backed by wonderfully inventive gameplay that will keep players engaged puts in the eye of the storm . In fact, it almost feels like the game has everything stacked in its favor, as do the various plots that play out in the quiet confines of high society. 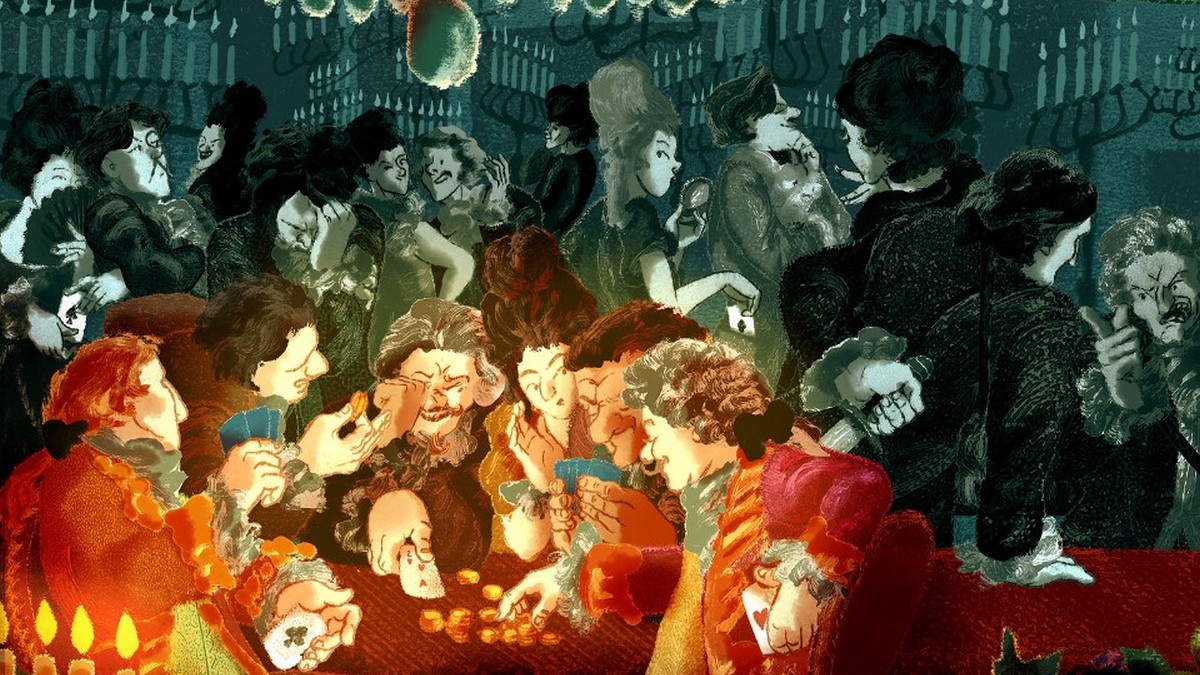