Brigandine: The Legend of Runersia on PC

Often gamers don’t really have to wait long for a possible sequel to their favorite games, but for fans of the 1998 Japanese strategy RPG Brigandine: The Legend of Forsena, the surprise arrival of Brigandine: The Legend of Runersia ends a 24-year wait a similar experience. Rivaling the likes of the Fire Emblem series, this sequel is holding up quite well without necessarily breaking out of shape.

Not having had the pleasure of playing the first game, comparing Dragon Force to the Sega Saturn immediately came to mind. With warring nations led by various Rune Knights, players will embark on a journey involving conflicting ideals, beliefs, stories and even beliefs in their quest for supremacy on the continent of Runersia.

After selecting a nation of your choice, the game gets underway, illustrating the goals and intentions of the various powers and their willing or reluctant leaders. Whether or not you embark on their quest is of course down to personal preference, but overall Brigandine: The Legend of Runersia does a good job of drawing the player into this growing conflict.

As a ruler, there’s plenty to do once you set your sights on world domination. The gameplay is mostly divided into two different parts, the first being the organizing phase. Here the players have to make some important decisions for their nation. Armies need to be moved, so you need to decide which troops to send on which missions, and make sure you have both the numbers and the right troop types to handle what comes next.

It can be overwhelming, especially for newcomers to the genre, and making mistakes early on is an excellent way to teach you the intricacies of Brigandine: The Legend of Runersia. The options available provide flexibility that can be both a blessing and a curse. Do you want healers to stand by, or do you go with brute force? Does your mage need troops that can tank damage to be efficient, or should you try to wipe out your opponents before they even have a chance to strike?

Seeing how the various troops fit together and strategizing on the fly can be satisfying, and progression in terms of leveling up and upgrading shows a depth unmatched by other titles. Of course you have to make the right decisions, and the tug of war between staying aggressive or becoming more defensive brings a lot of strategic joy, that is, if things go your way once the action unfolds.

Once you’ve entered the action phase, it’s time to start beating the drums of war. Rival nations have bases that can be attacked and taken over, and it requires smart thinking and powerful fighters that happen to be an assemblage of monsters including dragons, ghouls, fairies and more. Against the enemy, it will take all your tactical acumen to win battles that take place on a hexagonal grid. Deciding where to move, attack, and defend is crucial, and victory is achieved once enough damage has been dealt to force a retreat, enemy leaders are defeated, or you’re retreating with tails tucked behind your legs .

Unfortunately, the plot often does not correspond to the premise. Invasions are meant to be intense and often fast-paced events, but that’s not the case in Brigandine: The Legend of Runersia. The distance between opposing forces is often quite large, and it can take a few turns for them to collide. The game also emphasizes that different terrain types affect your troops, which is true, but compared to sheer numbers and levels, it never really matters big enough.

The best commanders know that positioning is key, and that goes for battles in Brigandine: The Legend of Runersia as well. Pinching your enemies is always fun, but when that happens to you it can be downright frustrating. Losing units due to permadeath is a harrowing experience as the time spent grinding and upgrading is gone in a flash. There are items that can help, but as you’d expect, they can be hard to come by.

Between the sluggishness and frankly repetitive nature of combat, the clashes in Brigandine: The Legend of Runersia are the opposite of the vision the game is selling. As you attempt to take control of the world, a sense of more at stake and an overall sense of urgency should be the foundation. But that’s never really present as you slowly conquer the lands and gain power.

Despite this hurdle, players who accept Brigandine: The Legend of Runersia’s slower pace can look forward to immense replayability, with each of the six playable nations likely to take 20 to 25 hours of your time to complete a successful campaign. If that’s not enough, Challenge Mode, which pits players against non-stop missions that get harder each time, gives you the chance to show off with the highest score. The Titans of the Iron Front update also ensures that PC players will have an even greater variety of high-level monsters to choose from, as well as expanded difficulty, playtime and XP gain customization options to create their own adventure.

Ultimately, Brigandine: The Legend of Runersia is a fine addition to a genre that’s growing in popularity. While it lacks the accessibility or even faster pace of other titles, it still manages to deliver a strategy RPG experience that’s broadly good on all fronts, aided by six different kingdoms and storylines. As long as you can accept that it might get repetitive over a long game, Brigandine: The Legend of Runersia is an experience worth trying.

Brigandine: The Legend of Runersia 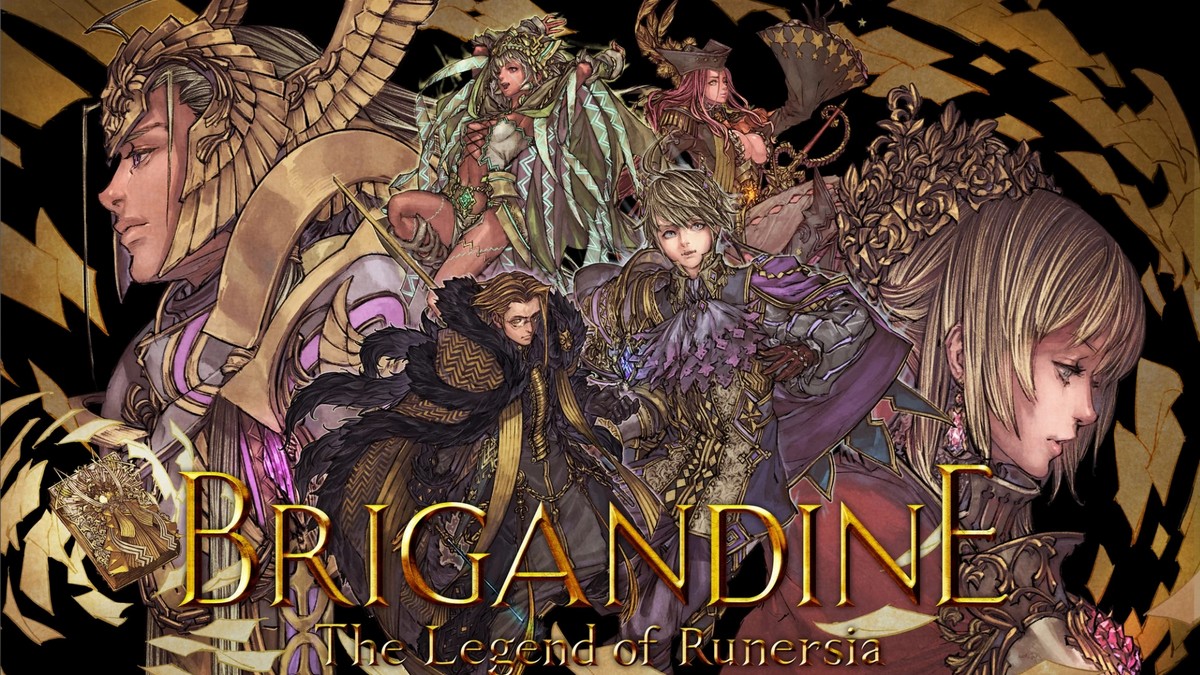