The beautiful game returns to the Mushroom Kingdom for the first time in 15 years with Mario Strikers: Battle League. The fast-paced, high-scoring affair is quite different from the reality of the sport featured in the game, but that’s what makes Battle League so entertaining. However, the overall package at launch is somewhat lacking for the return of the beloved franchise.

This lack of options becomes apparent once you reach the main menu in Mario Strikers: Battle League. Quick Battle, Cup Battles, Strikers Club and Gear Settings are the four featured menus on the main screen. We’ll take a closer look at each of these, but for now it’s important to note that three of these four menu options essentially offer exactly the same gameplay.

Quick Battle, Cup Battle, and Strikers Club all focus on the standard four-on-four arcade soccer game (no goalies). Cup Battle changes things up a bit by pitting the player against three other teams in a double-elimination tournament. Otherwise the main gameplay components are the same. Say what you will about annualized sports sims, but at least they offer a diverse selection of different game modes.

At least the gear in Mario Strikers: Battle League adds a bit of depth to the team building side of the game. There’s always an opportunity to combine pieces of gear to create a cohesive look, and using gear to minimize a character’s stats is also on the table. Stats adjustment also leads to an intriguing part of online brain games.

Toad is one of the smallest and weakest characters in the game, but with the right gear, this tiny mushroom man can become the strongest in the game. Toad can take on the heavy characters like Bowser, DK, and Wario while maintaining a higher Speed ​​stat. Bringing such a character into an online match can surprise opponents and make defending or attacking a tedious task.

Unfortunately, there are few characters that can be customized in this way, as the game only starts with 10 playable characters. That’s exactly half of what the previous title – Mario Strikers Charged – had at launch. We know Post-launch updates are comingbut there is currently no schedule or a list of characters that will be released later.

In addition, there are only five different stadiums where games can be played. Each looks great, but they don’t offer much to make a noticeable difference in games. Everything is just a different aesthetic that doesn’t even affect goal celebrations or team entry.

Luckily, despite what feels barren in Mario Strikers: Battle League, the gameplay absolutely redeems this game. Although it falls far short of being a realistic football simulation, the game’s basic ideas still ring true, such as: B. Passing the ball to the middle of the field is a good idea when attacking and a bad idea when the other team is on offense.

But then, when you layer absolutely ridiculous illegal tackles, hyper strikes, and items into the mix, it makes for a ridiculously fun soccer video game. For starters, the tackles show Mario performing a wrestling dropkick on opponents, Bowser charging into them bowl first, and Yoshi KOing people with his tongue.

If that’s not enough, there’s still the option of throwing a Red Shell at a fleeing opponent, or throwing a Bob-omb at a defender to clear a path for a Hyper Strike.

In addition, each character has their own signature Hyper Strike, a super powerful shot worth two goals that comes with an absolutely ridiculous and stunning animation. For example, Rosalina shoots the ball into space, which turns the ball into an ice crystal that freezes everyone in its path. As a cheat, Bowser flouts one of the basic laws of the game when he picks up the ball in his hand, covers it with his fiery breath, and throws it at goal.

You get the opportunity to use these shots by picking up an energy ball that randomly falls on the field during games. It’s essentially like the Smash Bros. Smash Ball, but it can be picked up simply by running into the ball. The only downside is that the bullets can sometimes spawn too often and each shot animation is quite time consuming without the ability to turn off the Hyper Strike animations. But in the end it usually feels worthwhile when the ball goes into the net for a total of two goals instead of just one.

So far, the gameplay has not yet started to become stale. It is quite conceivable that the lack of different game modes could become boring over time. But that’s just speculation.

What’s more obvious at the moment is the game’s reliance on an online connection. From now on, players who don’t have a Nintendo Switch Online subscription can only play local matches against friends – on the same console or via a local wireless connection between consoles – and the Cup Battle modes.

Arguably the biggest mode in Mario Strikers: Battle League, Strikers Club is online only. In this mode, players can create or join a club and play online matches to increase their rank. Friends can also join to help climb the ranks.

Normally, a purely online mode would not be a problem. But when you combine that with a lack of offline content, then it starts to hurt the overall product.

There is no doubt that Mario Strikers: Battle League is one of the best arcade soccer games out there today. The gameplay allows for a high skill cap, the gear is a fun way to customize or minify characters, and the over-the-top presentation looks amazing on both small and big screens. However, there just isn’t enough at launch to make this game a must-play.

Also read: Roblox: How to enlist in Project Slayer so you can complete early missions

On the other hand, there’s no doubt that fans of the franchise will enjoy jumping back in. The promise of a phased release of new content is likely to draw in die-hard fans of the series with each new announcement. Overall, Mario: Strikers Battle League is a good game that needs more doing. It might be a much better game in a year, but right now it’s noticeably lacking in content. 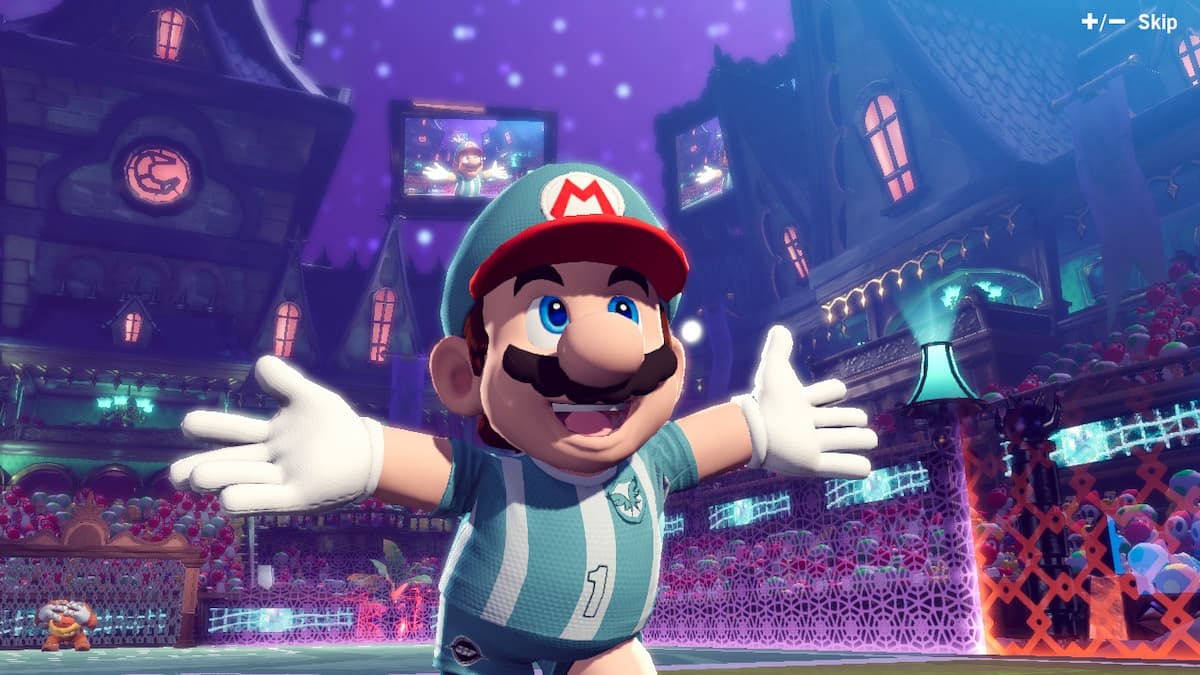