There’s no debate that sequels can be tricky beasts. This is especially true when the first game offers a fairly convoluted storyline that makes it difficult to follow. The AI: The Somnium Files –  Nirvana Initiative (there’s just no way to use the entire title throughout the review) ticks all the boxes and meets all the expectations I had for a sequel.

What I want to say about this sequel is that you really don’t need to have played the first game in the series to enjoy everything that Nirvana Initiative has to offer. While having advanced knowledge of the characters is absolutely helpful, even the game itself asserts that you don’t need to know any past events.

On top of that, at the very beginning you get a little quiz to make sure you know what happened in the previous game. It’s also not a multiple-choice test with a chance of getting it right. You have to type out your answers to ensure that only those who really know can pass. Knowing the answer, I’m not sure what the actual outcome would be for those coming blindly.

The story itself already has a big catch and definitely wants to make you forget the extremely normal opening of the first game. Half a corpse appeared in the past. Now, six years later, the other half has been discovered. Except that the time of death is only a few hours before finding it, not years. The story plays out on both sides of this six-year case, in the past and in the present.

Six years ago, ABIS (Advanced Brain Investigation Squad) detective Ryuki and his AI partner Tama were tasked with the so-called HB case (Half Body). Currently, Mizuki and Aiba are investigating the making of the other half. Tama and Aiba both periodically assume the form of an eyeball to replace the left eye that both Ryuki and Mizuki lack. A missing left eye is kind of a staple for main characters at this point.

The beginning establishes that Ryuki is in bad shape after the last six years, and the first half of the game shows you everything that happened so you can get a better sense of how mysterious it is that one half of the body after one Span can resurface from six years and still be a fresh corpse.

Most of the experience plays out much like a visual novel, with the player in control of a cursor to select people or objects in the environment. There are branching paths in the story, but they don’t really affect the story as the game makes sure you have to see everything to progress to the end. There are several moments when (as in the beginning) you need to know exactly what the answer is and type it using an on-screen keyboard.

However, this game is not just detective work. There are sequences of actual actions and QTEs that provide a nice break from simple person-to-person talk. The fact that the QTEs can also be expanded through the game’s difficulty selection honestly helps sell the season rather than forcing lightning-fast reflexes that lessen the impact of the action scene. However, there is one issue I have with certain game scenes and the action scenes: you can’t pause them. It might sound insignificant, but it never made any sense that I couldn’t

There are two main tools when it comes to investigations: VR recreations of crime scenes and somnia. In VR Recreations, you look at all possible points on a map. There are a few vision modes that you can use to scan the surroundings. In most cases, you can use both X-ray and thermal imaging to see what’s invisible to the naked eye. When you find each point, you must provide the correct answers to the sequence of events in order for a recovery to occur. The replicas are always the “movies” of Tama or Aiba, since the controlled character plays the role of the perpetrator. These scenes are always played for laughs, especially with Ryuki or Mizuki’s over-the-top behavior during them.

The Somnium are much deeper and perform much the same as the original. All ABIS detectives are trained to master ‘psync’, which is the ability to venture into a suspect’s or person’s mind to explore their subconscious in a somnium. Somnium segments range from poking around a house to something crazier like a quiz show or a Pokemon Go parody.

You are only allowed to explore for six minutes (360 seconds) within a somnium. The entire sequence consists of objects that you can interact with and then you have to choose a specific action to perform, whatever it may be. For example, this could be inspecting a mirror or trying to break it. In the Somnium there is also a clear indication of what can be interacted with and this was a much needed change.

However, you are limited on how much you can explore each individual item. No matter what action you choose, it will cost you a certain number of seconds. This is offset by the game’s built-in difficulty options, which was amazing in that I actually got to enjoy the somnium I was making rather than adding the stress of a time limit.

During select Somnium sequences, the game’s story may branch off, but you shouldn’t know in advance which ones. It’s only when you get close to the selection that breaks that the game shows you, and I really appreciated that.

This was one of the things I was excited about because Nirvana Initiative had a lot of callback jokes and little recurring elements from the first game that brought a smile to my face. I believe this works best because anyone who would go back to the first from this game could still appreciate them.

To navigate through the complex story, Nirvana Initiative offers a permanently available chapter selection in the form of a flowchart. This is incredibly user-friendly as it allows the player to jump between the chapters of their choice at almost any point and just as easily go back to where they were.

Ultimately, AI: The Somnium Files – nirvanA Initiative is a detective story that has to be experienced. If you’re a fan of Japanese mystery games like the Zero Escape series or the Danganronpa games (from the same developer/publisher), you definitely shouldn’t miss Nirvana Initiative. The only thing that’s even better is that if you haven’t experienced the first game in the series, you can go back and experience another great detective story. 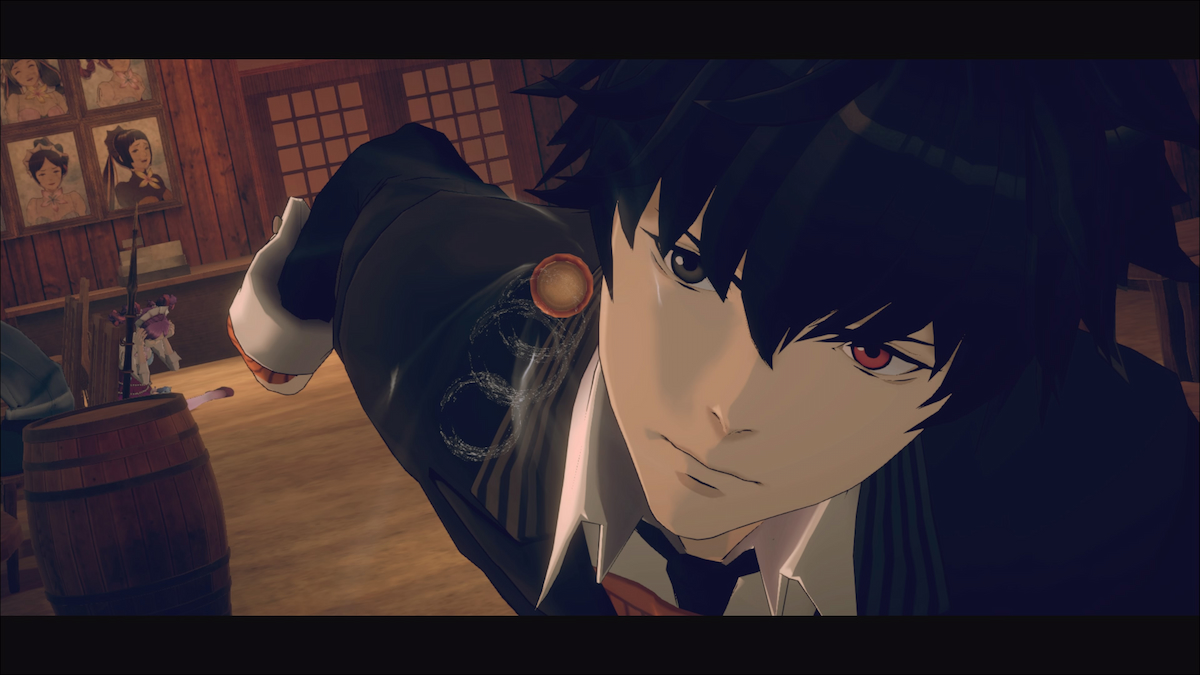